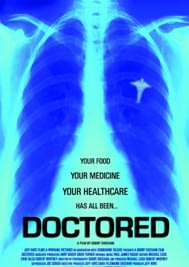 “Doctored” is director Bobby Sheehan and producer Jeff Hays’ entry into the emerging genre of health focused feature documentaries and follows both patients and health care providers struggling within a broken health care system. The story begins with the AMA’s attack on their non-drug providing rivals, the chiropractic profession. Interviews and historical footage expose the AMA’s clandestine campaign to eliminate chiropractic services, which culminates in a 15 year legal battle known as the Wilk case. Sheehan uses this story, and the following stories of patients seeking or forced into alternative treatments, as “a small doorway into a large room.” The key point made early in the film is that as it relates to health care almost all areas have been “doctored”. Endemic of the problem is the plight of today’s MD who is forced to forgo the “art” of medicine in exchange for 12-15 minute appointments and forced prescriptions dispensing. The film also shows spectacular successes from seeming chiropractic miracles from Olympic gold medalists, Hall of Fame NBA players and a mother that was sent home to die who regains health. Sheehan and Hays shot hundreds of hours of footage from Surgeons, MD’s, DC’s, DO’s, patients from Picabo Street and John Stockton; normal, every day people fighting for their lives, shown in crisis, each having to choose to follow the normal, drug-based, standard of care or risk everything by providing or accepting belittled alternative therapies. Although the US makes up only 5% of the world’s population, we consume over 50% of all the world’s pharmaceutical drugs, while we endure worsening health. Sheehan shed’s light on this “doctored” system and opens a conversation on real solutions. 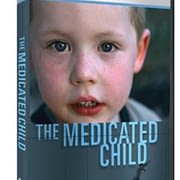