In the first days of its second century, chiropractic may be a bold, effective, and inexpensive treatment for the alarming problem of addictions. An estimated 20% of the U.S. population suffers from some form of addiction, and over 80% of all crime is traceable to substance abuse and addiction. According to the National Center for Substance Abuse and Treatment, addiction is implicated in 69% of drownings, 68% of manslaughters, 49% of murders, 50% of all traffic fatalities, and 35% of all suicides. Add to this deaths from drug overdose and substance abuse-related health complications, and you have a health problem of staggering proportions. Chemical dependency can be fatal.

According to recent research reported in the journal Molecular Psychiatry, subluxation-based chiropractic adjustments have demonstrated remarkable effectiveness in patients suffering from addiction. The purpose of this research was to determine if subluxation correction would allow for greater fulfilment of human potential in the arena of well-being, a fundamental principle within chiropractic philosophy. However, until now, no randomized placebo-controlled studies have put chiropractic’s philosophy to the test. Only studies that provided outcomes in the treatment of specific conditions or symptoms had been conducted (mainly limited to musculoskeletal intervention). This is the first time chiropractic research has been published in a journal of such international importance and prestige in the world scientific community. Nature Publishing Group’s flagship journal, Nature, is the highest-rated peer-reviewed scientific journal in the world.

Dr. Holder authored another study which was published last November, in the Journal of Psychoactive Drugs. Along with eight other internationally renowned scientists in human genetics and brain research, he/she established the first scientific model of the subluxation to withstand scientific scrutiny. Titled “Reward Deficiency Syndrome: A Biogenetic Model,” the article contains over 400 peer-reviewed references and is 112 pages, making it one of the largest journal articles to be published in a mainstream scientific journal. The concept of the Brain Reward Cascade and expression of human potential is one of the hallmarks cited in support of subluxation correction.

Dr. Holder chose addicts for the study population since addicts best represent those persons suffering from Reward Deficiency Syndrome (a lack of state of well-being) and its relationship to the Brain Reward Cascade. Therefore, the study was conducted at Exodus Addiction Treatment Center, a 350-bed Addiction hospital located in Miami, Florida. During the 18-month study, the patient population was divided into three test groups. Group One received standard addiction treatment including group therapy, psychotherapy and medical care. Group two received the same addiction treatment but was also provided subluxation-based chiropractic adjustments using the Torque Release Technique delivered via the use of the Integrator adjusting instrument. Group Three was the placebo group which received the same addiction treatment performed in Group One and two, but was also provided placebo chiropractic adjustments by modifying the Integrator to fire without any force or frequency characteristics.

Just 56 per cent of Group One finished their treatment program, compared with 75 per cent of Group Three (placebo group), but this was not statistically significant thereby failing to support that chiropractic had a placebo effect. However, 100 per cent of the patients in Group two receiving true chiropractic adjustments finished their treatment program. This 100 per cent Retention Rate has never been accomplished by any other modality including pharmaceutical, psychological or medical treatment. Retention Rate is the “gold standard” in the field of addiction treatment. It is the primary yardstick for funding treatment programs that government funding agencies and drug courts use to fund and/or refer patients to. There are now over 400 drug courts requiring treatment instead of incarceration throughout the United States. The Miami Drug Court was the first. In addition, Group two also made far fewer visits to the nurse’s station and showed statistically significant decreases in anxiety, a leading cause of relapse to addicts. Only nine per cent of those receiving adjustments by Torque Release Technique made one or more visits to the nurse’s station while in the program, compared to 56 per cent of the placebo group and 48 per cent of the usual care group, This suggests that the chiropractic adjustments not only lacked a placebo effect, but that the placebo group did the worst. This was quite important since our detractors like to blame chiropractic’s success on some sort of placebo effect; they certainly can’t in this case.

There are five addictions: chemical, work, eating disorders, sex and gambling. This includes but is not limited to the compulsive disorders such as ADHD, Tourette’s Syndrome, depression and anxiety disorders, Anecdotal Torque Release Technique research has revealed restoration of abnormal EEG brain wave activity in ADHD following subluxation correction. By error of omission, the leading cause of death in North America is drug-related and is the leading cause of crime at 84%. Interestingly, there are three causes of subluxation: mental, chemical, physical. Addicts who finish a 30-day program have a much better chance of overcoming their addiction and staying clean. However, nationally, only 72 per cent of all participants manage to complete such a program. That’s why the 100 per cent retention rate offered by subluxation correction in this study is so important. Too many people who could be helped by these programs are dropping out too soon. If we can get them to stay in the program, we can begin to see real progress in our battle against addictions. Success can be attributed to a “major change in the anxiety levels, which went down much more dramatically in the chiropractic group. “In these kinds of treatment facilities, if you make an effort that’s successful to reduce anxiety, you can keep people around longer,” my colleague Dr. Robert Duncan added. The Torque Release Technique and the Integrator were created out of this study by accident. In designing the study Dr. Holder had to find a way to ensure consistency and reproducibility in the application of delivering the chiropractic adjustment and to measure its outcome. To accomplish this it was necessary to adjust by instrument rather than by hand. However, chiropractic had not yet developed an instrument that reproduced what the chiropractor’s hands were intended to do; and the most classical thrust maneuver by hand was Toggle Recoil. 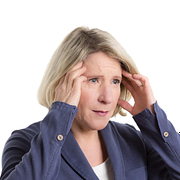 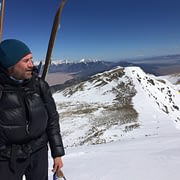 Don’t You Love To Get Sick! 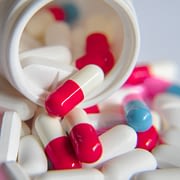 America's Health is Inside Out 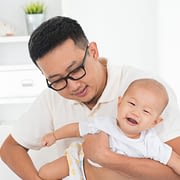 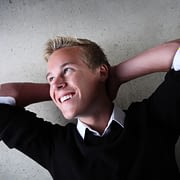 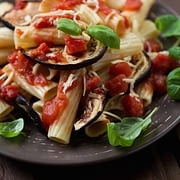 Free Dinner with the Doc 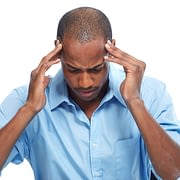 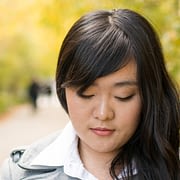