Many women who have suffered from a wide variety of pain, pre-menstrual syndrome (PMS), bladder problems, bowel cramps, and sexual dysfunctions have discovered the natural benefits of chiropractic. The spine protects the nerve bundle that controls the reproductive and endocrine (hormonal) systems. If there is subluxation (nerve interference) affecting the relationship between the spine and nerve bundle, this may impact the function of the organs. Chiropractors remove nerve interference which restores the optimal function to the reproductive system.

A 27-year-old female sought chiropactic care to improve her overall health, in the hope that she may ultimately be able to have a child. In the previous year she had suffered two miscarriages, and had not ovulated for nine months. She was under medical treatment for infertility and ulcerative colitis, and followed a restrictive diet. Prior to attempting to become pregnant, she had been using birth control pills for 7 years. Examination protocols of Torque Release Technique (TRT) were utilized to detect vertebral subluxations. Adjustments were applied with the Integrator instrument; the initial visit schedule was twice weekly for 30 days, and then one visit per week for an additional 30 days. After 60 days of care, a normal ovulatory cycle occurred, and she became pregnant after her second normal cycle.

One study compared 25 women who suffered from PMS. This study estimated that between 10 and 20% of reproductive-aged women have severe symptoms associated with this condition. The study included chiropractic adjustments for a ten-day period prior to the beginning of each patient’s cycle. The women were asked to monitor their symptoms and rate the severity on a scale of 0 (none) to 3 (severe). The results showed a reduction in symptoms ranging between 42% and 32% for the group that received chiropractic for only a short time. These findings encourage the researchers, who conclude, “results support the hypothesis that the symptoms associated with PMS can be reduced by chiropractic. 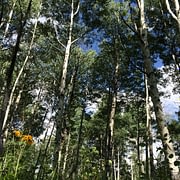 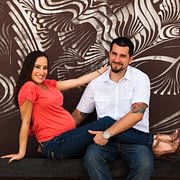